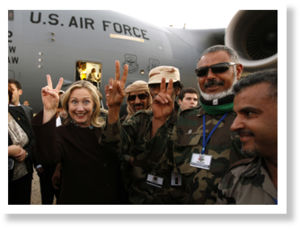 The obvious result and therefore goal of the horrific Paris attacks that were blamed on ISIS terrorists is to provoke the potential socio/political ‘fracture point’ of French Muslims vs. (mostly lapsed) French Christians and ignite a debate on what should be done about France and Europe’s ‘multi-culturalism’ in an age of Jihadist terrorism.

This is a particularly cynical, and frankly evil, maneuver in the context of the recent influx of large numbers of Syrian migrants into Europe who are fleeing a war against the Assad government that was ignited and has been fully backed by Western powers, including France.

To put it more bluntly, France has been supporting in Syria the very same type of jihadist terrorists that it blames for the Paris attacks.

As I noted in a previous article, it’s a matter of public record that after WW2, the US government and NATO countries established covert paramilitary networks in European countries that were tasked with carrying out terrorist attacks against European civilians to provoke the then socio/political fracture point of East vs. West and Communist vs. Capitalist ideologies.

Many terror attacks were carried out between the 1960s-1980s by this ‘Gladio’ network, several of which targeted and killed European civilians in attacks similar to that in Paris last weekend. Today, the same strategy of creating tension via terror attacks on Western populations in order to achieve geopolitical goals is at work, the only difference being that “Soviet communist” has been replaced with “Muslim terrorist”.

While the goals of such a strategy involve the control over tangible resources like oil and gas that facilitate control over nations, control over public perception – what ordinary people think and feel – is also critical. Ultimately the power of any earthly authority is derived from the people that support it, so that support must be maintained, at any cost.

With a relatively benevolent authority, the process of securing public support evolves naturally through relative transparency in government actions. But when an established authority is actively pursuing policies that are the very antithesis of the values upon which their positions of power supposedly rest: secrecy, deception and covert action is the order of the day with “national security interests” used as a coverall.

Europe and the ‘West’ is generally understood to be a global defender of freedom and democracy and the values of ‘enlightenment’. Yet in the last 4 years Western governments and intelligence agencies have been actively supporting some of the most barbaric examples of human detritus imaginable, all in an effort to illegally overthrow the democratically elected government of Syria. In doing so, these same Western governments have facilitated the slaughter of up to 250,000 Syrian civilians and caused millions more to flee their homes.

Despite these facts, Western populations are still regaled with the same overworked, clichéd propaganda that posits Western governments as bastions of righteousness fighting against an atavistic horde. Clearly, we are being deceived on the level of Hitler’s ‘big lie’ that holds that “the great masses will more easily fall victim to a big lie than to a small one”.

The truth is that this ‘hoard’ of Muslim extremists are almost entirely a creation of Western governments who use it as an external threat against which the West must ‘fight’ if it is to safeguard its ‘values’. Western ‘values’ in this case are the same values that motivated the British Empire 300 years ago, and every Western Empire since: conquest and control of as much of the globe and its resources, human and natural, as possible.

A battle is underway on our planet, but it is not a battle between any religious or cultural ideology subscribed to by the masses of ordinary people. Rather it is a battle between normal human beings – the world’s most valuable self-replenishing resource – and those psychologically deviant individuals who have insinuated themselves into positions of power over the masses for the express purpose of herding us to an ever finer order of control. If you doubt this, you may want to look back at the course that our global society has taken over the past 15-20 years.

It is no coincidence that the increase in wars and conflict in other parts of the world has progressed in tandem with the militarization of Western society and a loss of civil liberties. I suppose one could argue that the former begets the latter, and it is therefore simply an unintended consequence. But that argument requires you to ignore the mountain of data that proves unequivocally that wars are planned and waged to achieve the very specific goals of accumulation of power into the hands of a few.

As I noted above, those who seek power in this world, first and foremost must seek power over the people. If this is not possible through the honest promotion of genuinely noble values, then it must exacted through the establishment of a police state infrastructure that demands compliance and obedience from the population, so that the authorities can play their game of ‘who rules the world’ in peace. It seems there is no better way to induce submissive consent in a population than by invoking the fear of painful and bloody death in them. Obviously you don’t want to kill them all, or even a large number of them, but by the power of modern digital media, an entire population can be traumatized by proxy with a well-orchestrated and bloody terror attack.

What is very clear (to me anyway) is that the people of this world, whether directly or by proxy, will not be allowed to ‘live in peace’. War has indeed been loudly and violently declared, and while I agree that the threat is ‘homegrown’, its representatives are not some bearded guys on a Youtube video. They are, instead, the well-spoken suit and tie-wearing gentlemen on the evening news who promise freedom, democracy and security for all, even as they deliver the exact opposite. 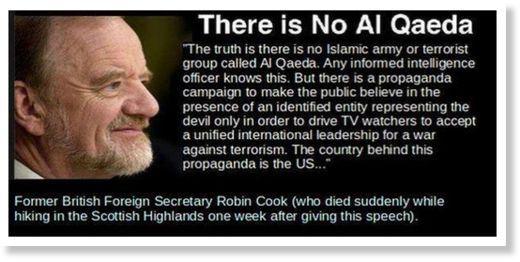