‘Hurricane’ Sandy is hitting the Eastern USA right before the US presidential (s)elections. New York is directly in the path of the storm. New York is also know as the ‘Empire State’. Today, the only ship sunk by Sandy was a replica of the Bounty. Two crew members, including the captain are missing. The original and famous HMS Bounty was an armed merchant vessel of the British Empire that was on a mission to try and transplant breadfruit from Tahiti to the West Indies as a cheap source of food for slaves. Coincidentally, the surname of one of the crew members that is missing was ‘Christian’.

Surely there a little food for thought there for the average thinking person (or slave). Not that there are many thinking people left. 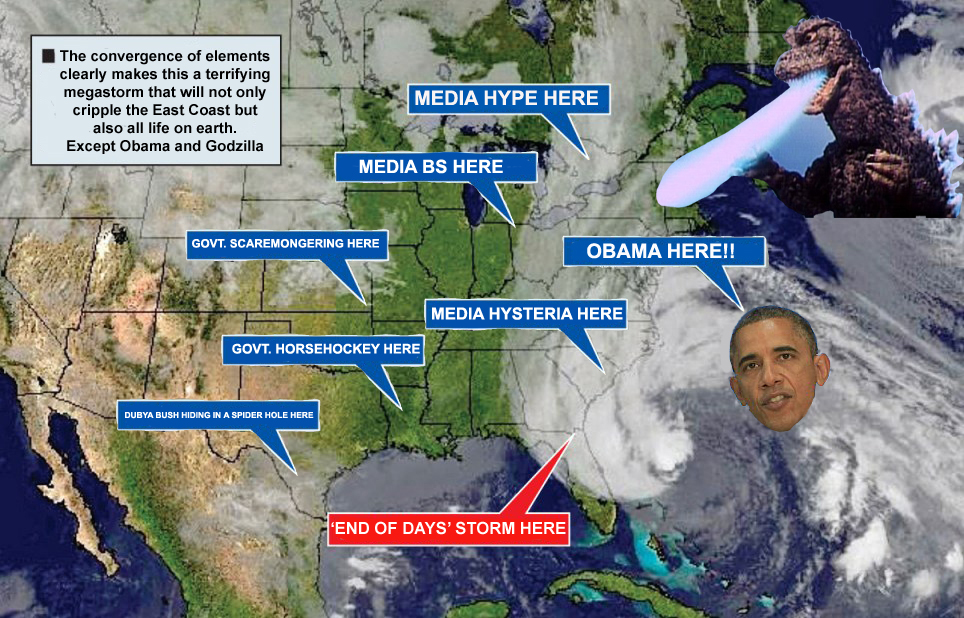 2 thoughts on “Mainstream Media Embedded With ‘Sandy’ as Megastorm of Super-Destruction Brings Freedom and Democracy to U.S. East Coast”