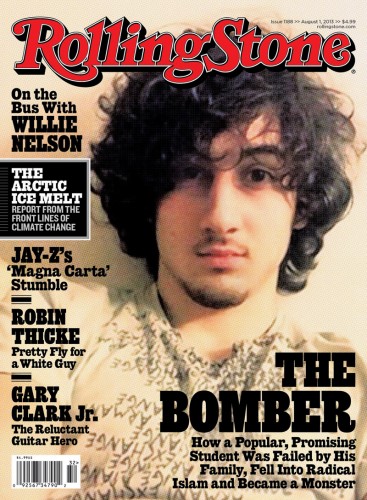 I find myself agreeing with the sentiments expressed by those people chosen to appear in the mainstream media to express their opinions on the publication of a “fluffed and buffed” image of Dzhokhar Tsarnaev on the cover of a recent issue of Rolling Stone magazine.

That particular image of Dzhokhar is not representative of the face of terrorism, and certainly not the face of the terrorism that struck the Boston area on April 15th and the following days.  I therefore also find myself agreeing with the decision of ‘tactical photographer’ Sgt. Murphy of the Boston police who, in an effort to “show the true face of terrorism”, released three images of the badly injured Dzhokhar crawling out of the boat, sniper rifle dot trained on his head.

This, indeed, is the true face of modern-day ‘terrorism’. 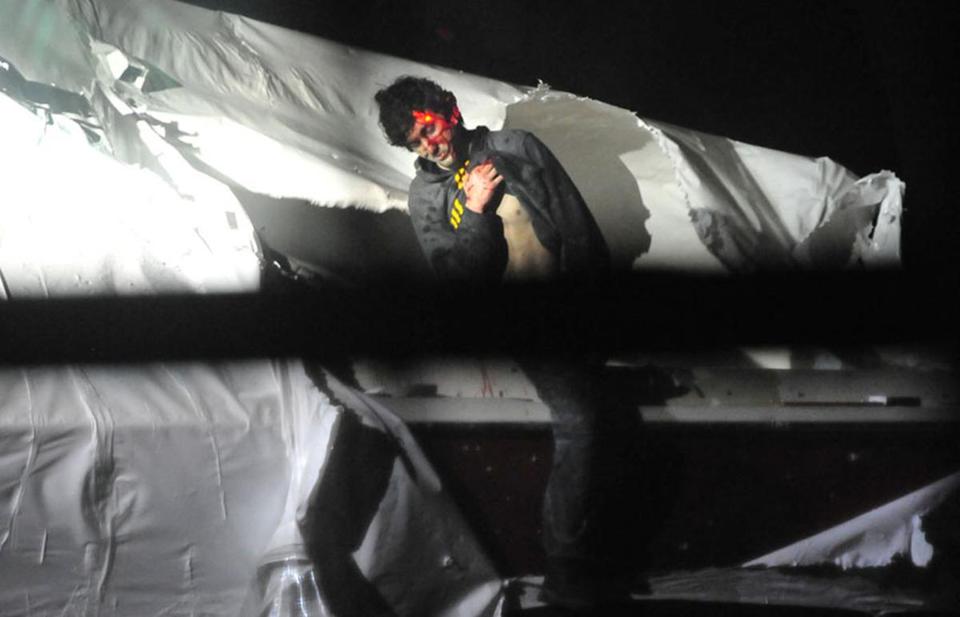 That is to say, a gullible teenager, manipulated and framed by the FBI for a bombing he didn’t commit, hunted for three days through the suburbs of Boston, brutalized and hospitalized by the ‘authorities’ then dragged before a court for a ‘trial by media’. Even worse, along the way, they changed his American accent for a thick Russian one.

Speaking of voices and their provenance; you may remember that, after his capture, the young Tsarnaev was reported to be (conveniently) unable to speak because of a throat wound, allegedly self-inflicted. Do you see any throat wound in the image below? 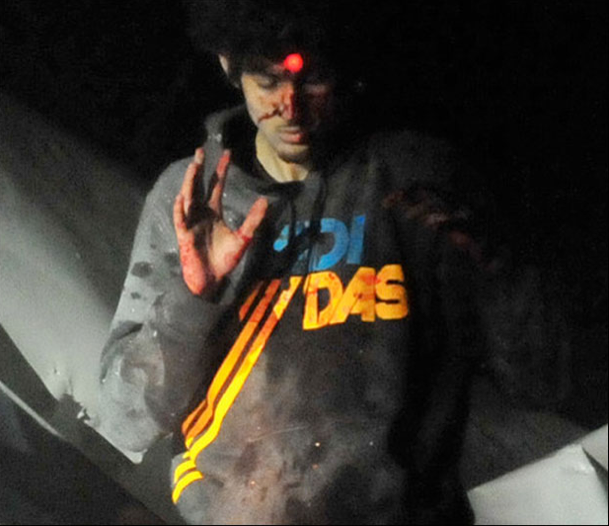 Then again, at the time, the details of that rather outlandish claim were that the “throat wound” was actually to the back of his neck, and that Dzhokhar had actually shot himself through the mouth in an abortive suicide attempt while lying in the boat.

“he might have stuck a gun in his mouth, and fired and actually just went out the back of his neck without killing him.”

Yeah, I guess he ‘might’ have. But in that case, ‘where’s all the blood?’ Was Dzhokhar an ‘actor’?!? Seriously though, can you imagine someone living for any considerable amount of time without treatment after such a wound? Who knows. Sounds pretty implausible to me. Not to mention that, in the above image, Dzhokhar doesn’t look like someone who had sometime previously placed a gun in his mouth and pulled the trigger. BUT, it may explain why he had that “thick Russian accent” in court recently. Maybe the bullet severed the ‘accent nerve’ in his throat.

But the real question is, how did he shoot himself at all if he was unarmed as claimed?

And why has the Russian-accented Dzhokhar, who his friends don’t recognise, pled ‘not guilty‘ if he had already confessed to everything?

I suppose the only conclusion is that anything and everything is possible in the phantasmagorical ‘war on terror’, as reported to you by the FBI and mainstream media.

Fifty years ago, Rolling stone didn’t exist, but if it had, the editors would undoubtedly have produced a cover like this. 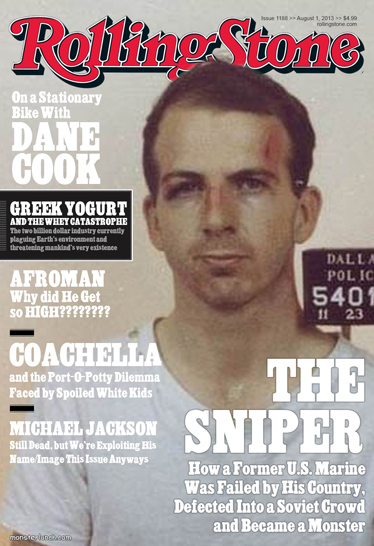