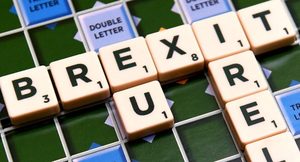 ‘Brexit’ just took an interesting turn. After all-night talks between Irish, British and EU leaders, a deal was reached Friday morning, after which British Prime Minister Theresa May said at a press conference in Brussels that there will be “no hard border” between the Republic of Ireland and the United Kingdom, along the Northern Irish border.

Ireland’s Taoiseach (Prime Minister) Leo Varadkar hailed the agreement as “politically bulletproof” after Britain promised to “maintain full alignment with those rules of the internal market and the customs union which, now or in the future, support north-south cooperation, the all-island economy and the protection of the 1998 [Good Friday] agreement“.

For those who are (understandably) a little confused about this ‘Brexit’ business, today’s agreement was merely a hurdle that had to be passed in order for real negotiations on the actual details of the UK leaving the EU (trade, the jurisdiction of courts, citizenship, immigration etc.) to begin – sometime in the new year. At the same time, the details of today’s agreement will likely have a significant impact on those negotiations.

The Republic of Ireland is a member of the EU. Last year a majority of people in the United Kingdom voted to leave the EU. But the United Kingdom, as its name suggests, is made up of four somewhat ideologically disparate entities: England, Scotland, Wales and Northern Ireland. The latter comprises six of the counties of one of the historical provinces of Ireland.

In the Brexit referendum last year, a majority of the people in Scotland and Northern Ireland voted against Brexit and to remain in the EU. That’s not so much of a problem for the Scottish since they are geographically tied to the rest of the United Kingdom which is planning to leave the EU. Northern Ireland, however, is geographically tied to – and has intricate familial, cultural, economic and religious links with – the rest of Ireland, which is part of the EU. 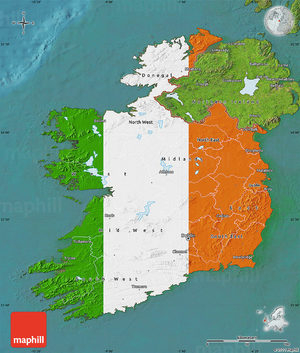 Earlier this week a potential agreement was scuppered by the Northern Ireland Unionist party, the DUP, over the threat that Northern Ireland would be economically ‘decoupled’ from the rest of the UK by establishing an EU border somewhere in the Irish Sea, i.e. between the island of Ireland and the island of Britain.

This is a worst-case nightmare scenario for the loyalist-unionist population of Northern Ireland because it would establish an economic united Ireland isolated from the rest of the UK. The alternative, to set a ‘hard’ boundary of the EU border between Northern Ireland and Ireland proper, was unthinkable for both the nationalists in Northern Ireland and the population of Ireland as a whole because it would set back the likelihood of a united Ireland and open the door to a return to sectarian violence. After 30 years of war against the British and a hard-won peace that still held the promise of a united Ireland, you can understand Northern Irish nationalists’ aversion to being cast adrift with the likes of the DUP and the English imperialists.

When Unionists find a way to think rationally (which doesn’t occur very often for most of them), the idea of a economic divide between Northern Ireland and Ireland also doesn’t make economic sense to them. The establishment of a hard EU/non-EU border on what has for the last 20 years been an open border between Northern Ireland and the Republic of Ireland would effectively economically divide the country, breaking up trading relations established since the 1998 peace deal, and negatively impact everyone’s prosperity. If pushed, however, the Unionists would probably put ideology before economics.

Today’s announcement then, as it relates to Northern Ireland, means that there will be no ‘hard border’ between the north and the rest of the country, and there will also be no border in the Irish Sea separating Northern Irish loyalists form their beloved Queen and her purse strings.

Is everyone happy? Not really. The problem is that the Brexit vote last year wasn’t really about Ireland; it was about giving English nationalists more control over their own affairs, and keeping out ‘those damn foreigners’. Here’s a case in point. And while phase 1 (the Irish Question) is complete, the real meat of what a Brexit will look like is still to be decided. Some things have taken shape, however. For example, consider the preamble to today’s agreed document:

Next up is other EU citizens.

What the above means is that any French or German citizen etc. currently resident in the UK can stay and will have their rights protected. Anyone who wants to come to the UK between now and March 2019 when Brexit absolutely must (supposedly) happen, can do so and stay for as long as they like. There is nothing in today’s document that refers to what is to be done about ‘the damn foreigners’ that caused UKIP supporters and English nationalists to vote for Brexit, because Brexit was meant to wrest control over immigration from the EU and give it back to god-fearing Englishmen who could then pass immigration laws in line with their genetic preferences.

The problem is that there is not now, and never was, a guarantee that a post-Brexit sovereign English government would implement immigration policies that are any different than those that exist under EU membership. After all, every country needs cheap labor. Apparently god-fearing Englishmen are unaware of this fact and that the term ‘perfidious Albion’ applies to English domestic policy as well as foreign.

Getting back to Ireland. As I said, Brexit was never meant to be about Ireland, but the following text from today’s document makes it pretty clear that the ‘Irish question’ has either directly circumvented the core rationale for Brexit, or has been used to justify the same.

If the whole of the United Kingdom “maintains full alignment with EU internal market and customs union rules” on the basis of not messing with North/South trade in Ireland AND to keep the Unionists in the North close to her Majesty’s bosom (so that they don’t start a civil war in Northern Ireland or withdraw their support for Theresa May’s Conservative government, forcing its collapse and allowing Jeremy Corbyn to occupy 10 Downing Street) that means that the whole of the UK is still in the EU “now or in the future”.

So I’m really wondering if Theresa May and her cronies actually want the UK to leave the EU. I’m not sure any of them know exactly what they’re doing. But if today’s agreement is an indication of how phase 2 will proceed, it looks like Brexit has already been cancelled, and peace in Northern Ireland has been safeguarded. But will Nigel Farage and his ultra nationalist Englishmen now stage a revolution in England? We can only hope. For now, Nigel isn’t happy, that’s for sure.

The former leader of the UK Independence Party Nigel Farage called for Theresa May to resign: “The plain fact is,” he wrote, “that the UK remains a member of the EU in all but name. This is a fudge, as anyone who cares to be honest with themselves will acknowledge.”

The only really good news in all of this is for all those beleaguered Irish nationalists out there. There’s a chance, albeit a small one, that Brexit has pushed Ireland one step closer to unification. As the Irish PM reminded people in the above clip of his press statement, many citizens of Northern Ireland hold an Irish passport, which already makes them dual Irish-UK citizens, and thus, post-Brexit, dual EU/non-EU citizens.

Varadkar’s reminder that anyone in Northern Ireland is entitled to Irish citizenship underscores the geoeconomic (if not yet the geopolitical) reality that Northern Ireland will remain a part of the EU… because it is now, effectively, a part of a united Ireland. It will, however, take a few more years for the old guard of die-hard unionists to, well, die, and the younger, ‘progressive’ generation and their children – who have no memory of the conflict – to finally accept that Ireland is, and always was, one country.