>Not content with faking Osama Bin Laden video tapes and audio recordings, the CIA and their ‘private sector’ friends at Intelcenter and SITE, have resorted to pilfering the physical features of living people in an effort to give life to the likely long-dead boogey man.

First of all we were told that the FBI had used “cutting edge technology” to produce a photo-fit of what Osama may look like now, as he struts around his cave in Toora Loora Loora, sans beard and turban: 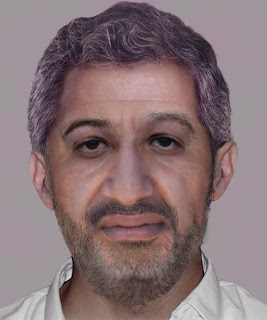 It turns out however that it was more like cut and paste technology, when some uppity Spanish politician cried foul:

Gaspar Llamazares, 52, a member of Spain’s communist party and the former leader of the United Left coalition in parliament, said his forehead, hair and jaw-line had been “cut and pasted” from an old campaign photograph. 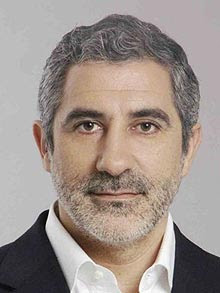 But yesterday Ken Hoffman, a spokesman the FBI, admitted that a technician “was not satisfied” with the hair features offered by the FBI’s software programme and instead used part of a photo of Mr Llamazares, found on the internet. “The technican had no idea whose image he had found and no dark motive for using it,” he said.

Mr Llamazares said the mistake showed the “low level” of US intelligence services. It could cause problems for any individual mistakenly seen to resemble the wanted terrorist, he said. “Bin Laden’s safety is not threatened by this but mine certainly is.”

I’m actually very happy to see that the FBI, CIA etc. are stooping to such low brow propaganda, coming hot on the heels of the ridiculous Christmas knicker bomber farce we can have renewed hope that many more people will begin to identify the war on terror for the global scam that it is.

And speaking of scams and scam artists, I just read this:

The White House announced late on Thursday that National Security Staff chief of staff Denis McDonough would travel to Haiti along with a public affairs official from the Pentagon to help coordinate communication efforts on the ground.

Obama enlisted the help of former President Bill Clinton, a Democrat who is already a U.N. special envoy for Haiti, and former President George W. Bush, the Republican who preceded Obama in the White House.

White House spokesman Robert Gibbs dismissed a question as to why Obama would turn to Bush after criticizing him for the U.S. response to Hurricane Katrina in 2005, saying bipartisan unity was needed.

So I take back my previous comment about having renewed hope. Reality has gone insane and to be honest, I’ve had enough. It’s the proverbial final straw. I’m powering up my intergalactic ship, and I’m outta here.

I’ll leave you all with these parting words, may they resonate forever throughout the multi-verse.

‘Heck of a job Bushy’