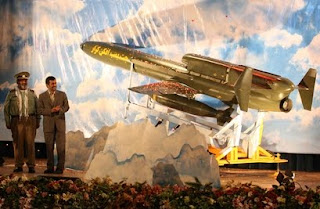 Ya know, I’m sort of getting tired of all this. There isn’t going to be an attack on Iran any time soon, and Israel, the US and the Iranians know it. That’s why they’re all having so much fun. The major reason all of the sabre-rattling is going on is for OUR benefit, to keep humanity afraid, corralled and controlled, physically, mentally, emotionally and therefore, indirectly, spiritually.

Check out this link from a rabid, brain-dead right-winger in the US. It’s about the “ground zero Mosque”. Scroll down and look at the pictures from a recent demonstration. Read the slogans on the placards etc.

These people’s understanding of what is really going on in the world is so abysmal, so utterly wrong, that it’s ‘not even wrong’!

This is why civilisations and entire species disappear. When “consciousness units” reach a certain point of saturation with an entirely false and illusory perception of what actually IS, they are moved to the obsolete list. They no longer serve any purpose from the point of view of creation. They MIGHT survive and find a place for themselves in the grand scheme of things IF they had the power to manifest and maintain a world where their own illusions were actually real, but folks down here don’t have that power. The only reason they are still around is because they are not entirely to blame, they have, after all, been deceived by others into believing what they believe, but even the universe has a limit to its patience.

So all of a sudden we have “ground zero Mosque” and stories like that of Sakineh Mohammadi Ashtiani, the Iranian woman who has been “saved from stoning” in Iran. Does ANYONE think it is a coincidence that these stories appear as the US and Israel are banging the war drums about Iran and its non-existent/no threat whatsoever, nuke program? Just look at these stories and REALISE just how controlled our world and our perception of it is.

But let’s look on the bright side; the situation is SO bad that, for the next 6 months, when you see ANY stories that paint Muslims or Iran in a negative light, you can very safely assume, without any investigation (if you so choose), that they are 100% false. In fact, you can back-date that advice…oh, about 100 years.

People who may or may not be Muslim purchased property. It is an abandoned Burlington Coat Factory, about 2 blocks from Ground Zero. There are no plans for a Mosque there.

Iran doesn’t stone anyone. It doesn’t appear as a punishment on their penal books.