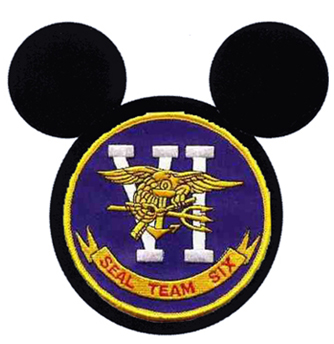 ‘Useful idiots’ is how they’re usually referred to, but not all people unwittingly involved in government cover-ups are stupid. If they were, there would be no need to bump so many of them off after the fact.

Then again, it depends on what you definition of the word ‘stupid’ is. Possessing information that could expose government skullduggery and not keeping your mouth shut might sound ‘stupid’ to some.

Take the members of Seal Team Six who allegedly looked the arch evil-doer in the eye before gunning him down. Given that the ‘killing of Osama bin Laden’ was a badly scripted fantasy, and the members of Seal Team Six undoubtedly knew it, how does the government/secret government (whatever) deal with possible leaks? Easy. There’s a ‘war’ going on in Afghanistan (supposedly) and wars are the best place to covertly bump people off. Hence this latest piece of government/media theater:

“Nato forces suffered their worst single loss of life during the Afghan war when a Chinook helicopter was shot down, killing 38 â€“ including American troops from the same unit that killed Osama bin Laden.”

Elsewhere we are told:

“SEALs are based in Virginia and California, but there was no immediate word on the origin of the troops killed. The Norfolk Virginian-Pilot reported on its website that an official could not say whether any of the SEALS were from Little Creek in Virginia Beach.”

And how do the media perps know this? They don’t, but that doesn’t stop them writing like they do:

“None of the 22 SEAL personnel killed in the crash were part of the team that killed bin Laden in a May raid in Pakistan, but they belonged to the same unit.”

Real eyewitnesses to government crimes have long been a problem, so when possible, it’s best to get fake eyewitnesses (with a script) on the scene to ‘seed’ the official story from the outset.

Did you catch that:

“Then I witnessed both towers collapse, one first and then the second”.

Oh, “witnessed” it, did ya? Well then, that kind of pitches you as an official eyewitness then, eh? Apart from the fact that no real eyewitness talks like that, I wonder ‘Mark’, what else did you “witness”, do tell:

“Mostly due to structural failure because the fire was too intense”

Amazing! This guy had the official government story done and dusted just a few hours after the attacks! What are the odds!

He also “saw people scurrying like ants”. That’s a rather telling analogy to use (given the circumstances). I mean, if you were going to be involved in murdering 3,000 of your own countrymen, women and children, you really would have to view your victims as much less than human, or you’d have to something less than human yourself.