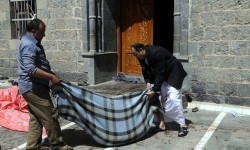 I’ve been wondering; is everyone meant to be impressed by the latest “ISIS” attacks in Yemen where someone detonated 5 bombs inside Mosques packed with innocent men women and children, killing 130? Or what about “ISIS” gunning down 23 tourists in a Tunisian museum? Do the perpetrators of these atrocities think that gunning down defenseless people in order to spread fear of Muslim terrorists makes them special? Because it really doesn’t. It makes them despicable degenerates, the shit on the sole of the shoe of the human race.

Rather than give in to these crass efforts to make us afraid, we should respond, if only in our own minds, with not only righteous indignation and complete and utter contempt for the cowards who perpetrate these acts against innocent people and those in the Western media who encourage us to submit to this asinine manipulation. Such people may see themselves as masterminds or evil geniuses, but objectively, they’re lower than pond scum on the evolutionary ladder. That’s a funny image, a bunch of pond scum imagining itself as ruler of the world.

And I’m sorry but the ‘suicide bomber’ nonsense doesn’t fly with me. When you detonate a bomb in a room packed full of people, it’s pretty easy to claim it was a “suicide bomber” when there’s no realistic way to prove or disprove that allegation. In fact, if someone wanted to create “eyewitness testimony” to the presence of the ‘suicide bomber’, how hard would it be to place the bomb in the building before hand, and when a guy wearing a backpack walks in, detonate the bomb and identify him as the ‘suicide bomber’?

Whoever these “ISIS” people are, massacring innocent Muslims is a novel way of fighting for Islam and Muslims. The most recent slaughter in Yemen is an interesting case in point.

The Houthi rebels who recently ousted the US-backed corrupt Yemeni government, have been clamoring for years for equal rights and an improvement in living standards in Yemen for ordinary Yemenis. Isn’t this be something that any purported ‘Islamic freedom fighters’ should support? Apparently not though. Why is it that these supposed enemies of Western values often choose to create bloodshed and chaos whenever ordinary Muslims in Arab countries attempt to get rid of the corrupt Western-backed regimes that have been oppressing them? That is to say, when they attempt to adopt Western values?

The direct result of such attacks is to smear the genuine Muslim opposition to a Western-backed dictator as mindless terrorists. That’s pretty convenient for the corrupt, Western-backed leaders and their Western patrons, wouldn’t you say? It also provides a nice narrative for the USA to begin bombing this genuine opposition as part of the ‘War on terror’.

Of course, Western nations, in particular the US and Western European nations, are extremely interested in what happens in Yemen and who rules it. Yemenâ€™s Masila Basin and Shabwa Basin are reported by international oil companies to contain â€œworld class discoveries.â€ Yemen is also a very strategically important “oil choke point” for the delivery of oil by sea from Saudi Arabia to Europe, the USA and China.

If someone wanted to maintain the option of cutting off those supplies, to China for example, or prevent the Saudis from opting out of the Petrodollar, they would definitely want to maintain a political and military foothold in Yemen. If that foothold was threatened, by a grass roots uprising seeking to overthrow the Western-backed regime, for example, one effective way to remove that threat would be sow chaos in the country through horrific and traumatic terrorist attacks. Just sayin. 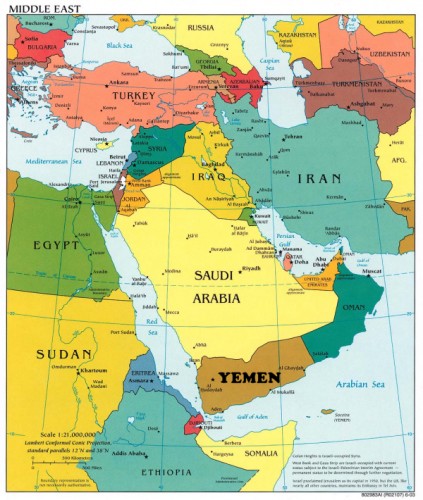