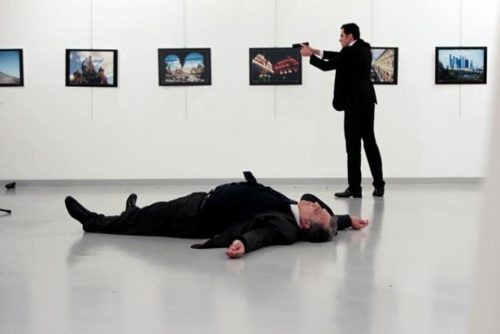 I’m a bit put out that I even have to point this out, but the video of the assassination that all the ‘Youtubers’ are using for their claims is about 50 seconds long. That is to say,Â  ambassador Karlov is seen lying on the floor for 50 seconds after he was shot. He was also shot 3-4 times in the back, and he fell backwards, almost immediately, on to his back. Some of you might be aware of the idea that when someone has an injury that is bleeding, you put pressure on it to stop the bleeding. This works for gunshot wounds too, and is particularly necessary when the victim’s heart is still pumping the blood around their body.