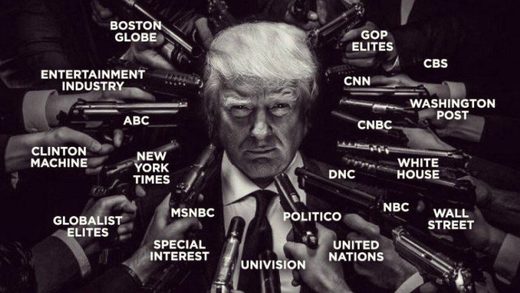 Billed as a ‘referendum on Trump’s presidency’, the US Midterm Elections drew an unusually high number of Americans to the polls yesterday. The minor loss, from Trump’s perspective, of majority Republican control of the lower House of Representatives, suggests, if anything, the opposite of what the media and establishment want you to believe it means.

An important clue to why the American media has declared permanent open season on this man transpired during a sometimes heated post-elections press conference at the White House yesterday. First, CNN’s obnoxious Jim Acosta insisted on bringing up the patently absurd allegations of ‘Russia collusion’ and refused to shut up and sit down. Soon after, PBS reporter Yamiche Alcindor joined her colleagues in asking Trump another loaded question this time on the ‘white nationalism’ canard:

Alcindor: On the campaign trail you called yourself a nationalist. Some people saw that as emboldening white nationalists…

Trump: I don’t know why you’d say this. It’s such a racist question.

Alcindor: There are some people who say that now the Republican Party is seen as supporting white nationalists because of your rhetoric. What do you make of that?

Trump: Why do I have among the highest poll numbers with African Americans? That’s such a racist question. I love our country. You have nationalists, and you have globalists. I also love the world, and I don’t mind helping the world, but we have to straighten out our country first. We have a lot of problems…

The US media is still “not even wrong” on Trump and why he won the 2016 election. You know something is fundamentally wrong when the average high school drop-out MAGA-hat-wearing Texan or Alabaman working a blue collar job has more sense, can SEE much more clearly, than the average university-educated, ideology-soaked, East Coast liberal.

Trump is a “nationalist”. More or less every administration previous to his, going back at least 100 years, was “globalist”. For much of its history, the USA has been known around the world as a very patriotic (i.e., nationalist) country. Americans in general had a reputation spontaneous chants of “USA! USA! USA!”, flying the Stars And Stripes outside their houses and being very proud of their country. Sure, from time to time, that pissed off people a little in other countries but, by and large, Americans’ patriotism was seen as endearing, if a little naive, by most foreigners.

Globalism, on the other hand, as it relates to the USA, is the ideology that saturates the Washington establishment think-tanks, career politicians and bureaucrats, who are infected with the toxic belief that America can and should dominate the world. This is presented to the public as so much American largess and magnanimity, but it is, in reality, a means to increasing the power and wealth of the Washington elite.

Consider Obama’s two terms, during which he continued the massively wasteful (of taxpayer’s money) and destructive (of foreigners’ lives and land) “War on Terror”. Consider that he appointed Hillary Clinton as Secretary of State, who proceeded to joyfully bomb Libya back to the stone age and murder its leader. Consider that, under Obama, US-Russia relations reached an all-time low, with repeated attacks (of various sorts) on the Russian president, government and people, and the attempted trashing of Russia’s international reputation in the eyes of the American people. Consider the Obama regime’s hugely destructive war waged (mostly by proxy) on the Syrian people. Consider the Obama era coup in Ukraine that, in a few short months, set that country’s prospects and development back several decades and further soured relations with Russia.

These are but a few examples of the “globalism” that drives the Washington establishment. Who, in their right mind, would support it? (I won’t get into what constitutes a ‘right mind’ but we can all agree it does not involve destroying other nations for profit). The problem however, is that the Washington elite want – no, NEED – the American people to support such military adventurism, and what better way to do that than by concocting false “Russian collusion” allegations against Trump and having the media program the popular mind with exactly the opposite of the truth – that Trump was a “traitor” to the American people. The only thing Trump is a traitor to is the self-serving globally expansionist interests of a cabal of Washington insiders. This little maneuver amounted to a ‘2 for 1’ for the Washington establishment. They simultaneously demonized Trump (impeding his ‘nationalist’ agenda) while advancing their own globalist mission – in this case aimed at pushing back Russia.

So the words “nationalist” and “nationalism”, as they relate to the USA, have never been “dirty” words until they were made that way by the “globalist” element of the Washington establishment (i.e., most of it) by associating it with fringe Nazi and “white supremacist” elements in US society that pose no risk to anyone, (except to the extent that the mainstream media can convince the general population otherwise). The US ‘Deep State’ did this in response to the election of Trump the “nationalist” and their fears that their globalist, exceptionalist vision for the USA – a vision that is singularly focused on their own narrow interests at the expense of the American people and many others around the world – would be derailed by Trump attempting to put the interests of the American people first. 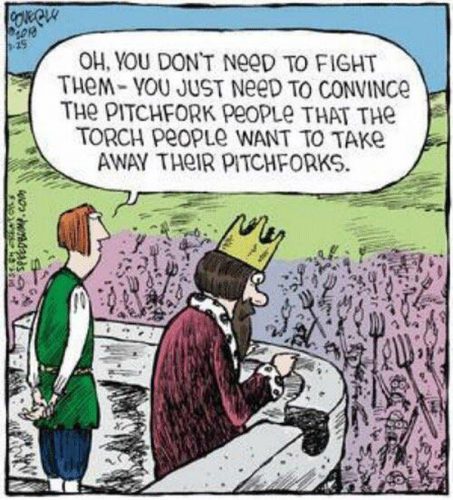