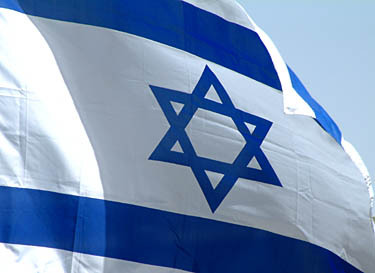 As a rule, Israel (most accurately described, IMO, by a former French Ambassador to the UK as “that shitty little country”), only wages conventional war as a last resort, and even then, unlike the US of A, it lacks the manpower to invade and occupy foreign nations and must limit itself to blunt force bombing runs (or attacking Palestinian fishermen with gunboats). But the fact is that Israel doesnâ€™t need to expend vast resources on conventional war, because there is another, equally (or perhaps more) effective way for such a pathologically-driven apartheid state to achieve its twisted objectives.

Yep, thatâ€™s right, â€˜by way of deceptionâ€™, or the â€˜horseâ€™s head in your bedâ€™ school of diplomacy. To say that the Israelis are rather adept at this particular â€˜artâ€™ form is something of an understatement. Over the last 60 years, the Israeli elite have done more than any other group to successfully portray (to white Westerners) every single Muslim as potential â€˜suicide bomberâ€™. Their chosen method to achieve this screwed up state of affairs has been to manufacture â€˜suicide bombingsâ€™ and then conveniently allow (or help) the blame to fall on some Muslim group. Of course, theyâ€™re also experts at covert assassination of innocent people, like Iranian scientists, French soldiers of Arab descent, and Jewish school-children abroad.

Basically, while the Americanâ€™s chosen form of coercion is bombs, the Israelis believe that inducing psychological terror is the best way to achieve an objective. Israeli efforts at manipulating public perception involve the use of violence of course, but it is violence wrapped in a lie so insidious that even the victims are hoodwinked as to the identity of their aggressors.