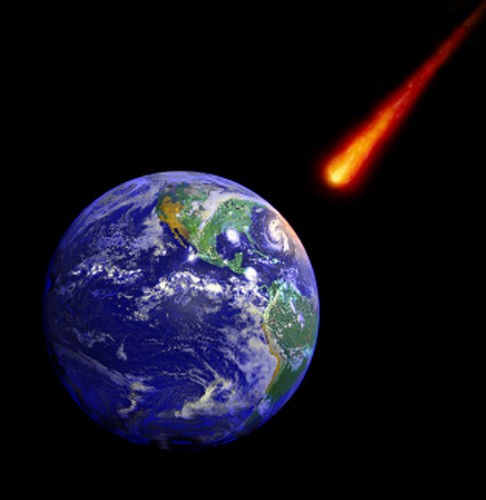 There is hard scientific evidence that life on earth was, at least partly, the result of organisms deposited by comets. There is also plausible scientific evidence that many of the great disasters and plaguesÂ (including the relatively recent ones) inflicted upon our planet and its denizensÂ  were the result of disease-carrying comets that passed close to, and/or impacted, the earth.Â  The so-called ‘Black Death’ (660 years ago) is very likely one such plague. but only one of many over the course of human history. Indeed, the ‘Black Death’ was the starting point of a 400 year-long pandemic of intermittent plagues that swept Europe and onlyÂ  ended in 1750, right when the industrial revolution began.

Over the past few years, my attention has been caught by the large number of movies that have been made (mainly by Hollywood) with disease outbreak’ as their theme. I’m not going to give you some elaborate conspiracy theory about how Hollywood disease outbreak movies and comet-borne plagues are linked, because I don’t think they are, except to the extent that Hollywood movies may or may not sometimes reflect (or be informed by) the theorised predictive abilities of mass human consciousness.

Also interesting is the fact that NASA and the ESA seem to have become very interested (of late) in comets and asteroids, the potential threat they pose, and the chances of ‘shooting,’ painting or retooling them to either destroy them or change their direction. Near Earth Asteroid ‘2012 DA14’Â  is a case in point. This 44 meter chunk of rock that was discovered in 2012 is projected to pass by the earth at a mere 16,800 miles on February 15th 2013. NASA have suggested that the asteroid could be ‘painted’ in an effort to affect its ability to reflect sunlight, thereby changing its temperature and altering its spin and, theoretically, moving it off course. The problem however, is that it would take 2 years to build a spacecraft to carry out the job. Oh well.

During the ‘Great Plague of London’, which was part of the same Eurasian pandemic that began with the ‘Black Death’ 400 years earlier, 100,000 people or 20% of the population of London died. Strangely, authorities are said to have kept fires burning night and day, in the hopes that the air would be cleansed. This usual tactic may have been inspired by a very common belief among the ordinary folk at the time. According to one A J Bell writing in about 1700:

Â â€œFor personal disinfections nothing enjoyed such favour as tobacco; the belief in it was widespread, and even children were made to light up a reaf in pipes. Thomas Hearnes remembers one Tom Rogers telling him that when he was a scholar at Eton in the year that the great plague raged, all the boys smoked in school by order, and that he was never whipped so much in his life as he was one morning for not smoking. It was long afterwards a tradition that none who kept a tobacconist shop in London had the plague.â€

This doesn’t seem to be such a crazy idea, given that a protective plague vaccine has recently been discovered in tobacco.Indeed, tobacco has been known and used for centuries for a wide range of medical problems.

In the year 1500, for example, a Portuguese explorer in Brazil, Pedro Alvarez Cabral, reported the use of the herb betum [tobacco] for treating ulcerated abscesses, fistulas, sores, inveterate polyps and many other ailments1. In 1529, a Spanish missionary priest, Bernadino de Sahagun, collected information from four Mexican physicians about use of tobacco for medicinal purposes. He recorded that breathing the odour of fresh green leaves of the plant relieved persistent headaches. For colds and catarrh, green or powdered leaves should be rubbed around inside the mouth. Diseases of glands in the neck could be cured by cutting out the root of the lesion and placing on it crushed tobacco plant hot and mixed with salt, on the same spot.2

In 1934 Fernando Ocaranza summed up the medicinal uses of tobacco in Mexico before 1519 as antidiarrhoeal, narcotic and emollient; he said that tobacco leaves were applied for the relief of pain, used in powdered form for the relief of catarrh and applied locally to heal wounds and burns.

The fact that tobacco, including the inhalation of tobacco leaf smoke, has been known and used for centuries as a cure for many diseases, including the plague, leaves us wondering how we ever got to the point today where smoking is so thoroughly demonised, in particular by governments. With NASA et al seemingly deeply concerned about ‘near earth’ comets and asteroids, the evidence for plague-bearing comets and asteroids having devastated humanity in the past, and the possibility that tobacco contains a vaccine for the plague,Â  it seems a little disingenuous (not to mention suspicious) that smoking cigarettes is being touted as the fastest way to an early grave, despite the evidence to the contrary.

13 thoughts on “Comets, plagues, tobacco and the origin of life on earth”