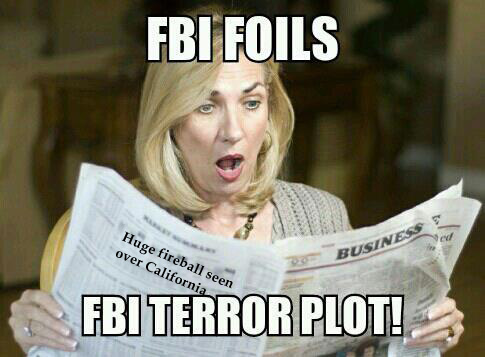 Just in case anyone missed the salient point in my last post; there is pretty clear evidence that many of the world’s governments (0r ‘the world government’ if you like) are so concerned about the stark increase in fireballs/meteorites/comet fragments that have been visiting our skies, and increasingly, hitting the ground, that they are attempting to cover them up and prevent the public becoming aware of what is happening to our planet.

The most plausible reason for a government cover up of such events is to ensure that the population does not get ‘spooked’ to the extent that some form of low level mass panic sets in and people begin to question their ‘leaders’ because they clearly can no longer protect them from a real existential threat.

I have already made this point in previous articles, and cited the bogus ‘terror threat’ as the major way in which the ‘elite’ attempt to maintain public dependence on established authority. As long as people believe there is a real threat from ‘Islamic terrorism’ that is attempting to ‘destroy our way of life’,  people will continue to put up with corrupt government in exchange for protection. But the point is best summed up by Laura Knight-Jadczyk in her article Comet Biela and Mrs. O’Leary’s Cow

“If short-period bombardment of our planet by comets or comet dust is a reality (as it increasingly appears to be); and the effects of such an event are deleterious in the extreme; and if we are in fact overdue for a repeat performance of such a visitation (which also appears to be the case); what effect might public awareness of this have on the status quo on the planet at present? Would the bogus “war on terror” not become instantly obsolete and would people across the planet not immediately demand that their political leaders reassess priorities and take whatever action possible to mitigate the threat? And if those political leaders refused to do so and it became known that this grave threat to the lives of billions was long-standing and common knowledge among the political elite (with all that that implies), what then? Revolution? One last hurrah before the 6th extinction?”

I find it interesting therefore that, as I was writing my previous post, the FBI was revealing to the world that they had, yet again, entrapped another young, gullible, intellectually challenged guy into playing the role of patsy in the ‘Islamic terror’ roadshow.

You may also be interested to note that, also last night, a ‘huge fireball’ was seen over California, from Los Angeles to the San Francisco (a distance of about 350 miles).

A giant fireball lit up the sky around 7:45 p.m. Wednesday and it was seen from Los Angeles to the Bay Area .

“Bob Moreno of Santa Rosa was able to take photos of the meteor flaming across the night sky. It had a streaming tail of sparks following behind.

As he continued to snap away, the meteor began to disintegrate, until it finally vanished into the darkness.”

The fireball is believed to be a preview of what’s to come this weekend during the annual Orionid meteor show. That’s when the Earth pushes through the debris left behind by the last passing of Halley’s Comet.

Note the reference to the ‘Orionid meteor show’. Whenever possible, media pundits try to explain such impressive sightings on one of the several meteor showers, streams of cosmic debris that enter the Earth’s atmosphere at different times during the year. But the claim that the impressive ‘fireballs’ that are being seen all over the world are anything like what is seen during a meteor shower is ridiculous in the extreme, and constitutes more evidence that the mainstream media are desperately trying to cover up this clear and present celestial threat to humankind.

Here’s what the average meteoroid, that forms part of the yearly Orionids, looks like:

And here is what was seen across the California skies last night: 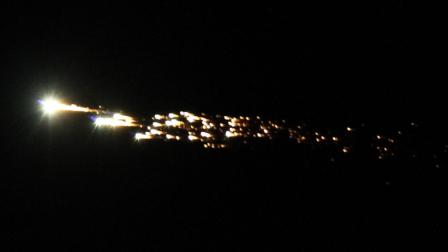