Two BBC news stories, one published on August 29th the other on September 30th, contain video of an alleged Syrian government “napalm” attack on a “Syrian school playground” during the last week of August 2013. The September 30th video refers back to the original story, one month previously.

Both videos are from the same ‘Panorama’ investigative reporting program that aired on August 30th, the same day that the UK parliament rejected Prime Minister David Cameron’s attempt to sanction the NATO bombing of Syria.

Both videos contain the testimony of an English doctor allegedly working with the supposedly humanitarian ‘NGO’ ‘Hand in Hand for Syria‘.

The doctor in question may be a Doctor Rola, who appears to be a British ex-pat or ‘exiled’ Syrian woman or, perhaps, the daughter of Syrian ‘exiles’.

Doctor Rola appeared on BBC’s Newsnight program on August 31st, 1 day after the UK parliament vote where she complained about the fact that Cameron’s move to attack Syria had been rejected.

The two video segments in question are a few minutes long and, like all of the BBC’s coverage of Western government’s proxy war in Syria, they attempt to make a case for the “Assad bombing his own people” (the same lies that we spread about Gaddafi).

Dr. Rola appears in both of the video segments but her mouth and nose are obscured by a mask. While both of the statements made by Dr. Rola in the videos appear to be from the same time and place, she does not say the same thing in both videos, which suggests that the videos were staged or a voice over was used after the fact.

The main point being that the doctor in the videos appears to say the words “em… we’ve had a massive influx of what look like serious burns, eh… seems like it must be some sort of” but at that point the dialogue changes.

In the Aug. 29th version she continues with “I’m not really sure, maybe Naplam, something similar to that, but obviously in the chaos of the situation it is very difficult to know exactly what is going on.”

In the September 30th version she continues with “chemical weapon I’m not really sure”.

So there ya have it. Objective news reporting par excellence by the BBC. 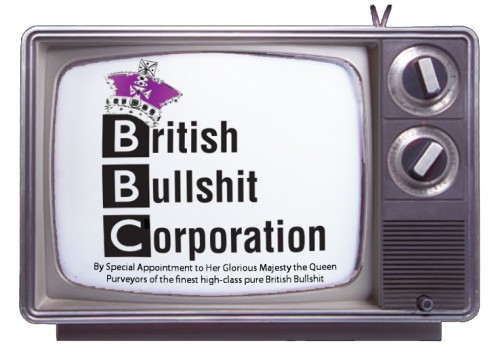 Â Oh, almost forgot. Remember this? It’s seems relevant for some reason that I can’t quite put my finger on.

Hat-tip to Craig Murray for a heads up on this.

2 thoughts on “BBC and doctors in Syria: shilling for Western Psychopaths in Power?”