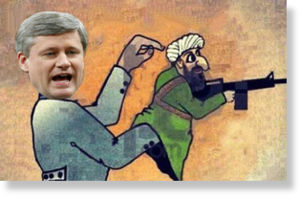 At this stage of the great game, or farce, I’m resigned to the fact that the world is going to hell in a hand basket (as the saying goes) and nothing anyone says or does will change that. Admittedly, I don’t know if hell exists, so the precise planetary conditions that await humanity are unknown to me, but there have been many suggestive signs and portents over the last few years.

The word ‘hell’ has an interesting etymology; it comes from an Indo-European root meaning ‘to cover’ or ‘hide’. The word ‘apocalypse’, on the other hand, means ‘to uncover’ or ‘reveal’, which is weird, but strangely appropriate, because just about everything of real importance – all meaningful truth – in this world is hidden from most people, leading to a collective retardation of true human evolution and progress.

But if ‘normal life’ on this planet is hell, most people are having a ball, and will continue to do so, at least until the ‘apocalypse’/uncovering, when the bare, naked truth gets dropped on humanity’s collective doorstep and everyone freaks out and runs screaming to the nearest Walmart or FEMA camp for some familiar police-state succor.

Over the last 15 years, Western political types have repeatedly treated the human race’s tendency towards open-minded positivity disorder (OMPD) with high doses of fear-mongering in an attempt to induce in them the, more desirable, disinhibited reactive attachment to authority disorder (DRAAD). One example of this, (among an overwhelming number of other examples), comes from the relatively new rabid authoritarian on the block, Canadian Prime Minister Stephen Harper.

In January this year, the office of the Canadian PM released a fantastically jingoistic video that was worthy of a place in the nefarious propaganda hall of fame. In the video, which combines Harper’s address to the Canadian parliament with a cornucopia of manipulative and militaristic images, Harper enthusiastically extols the vile virtues of ISIS and the delightful danger they pose to “disbelieving Canadians”. Harper tells the Canadian people that ISIS will “attack them in any manner” and that they will “not feel secure even in our own homes” and then proceeds with a bellicose monologue full of bluff and bluster that really deserved to be accompanied by ‘Ride of the valkyries‘.

The interesting point for me, however, was his reference to “disbelieving Canadians”, supposedly targeted for not subscribing to the Western caricature of Islam as represented by “ISIS”, a gang of mercenaries created and financed primarily by the US government’s best buddy in the Middle East – Saudi Arabia – whose rulers, like the psycho-mercenaries they employ, also enjoy chopping people’s heads off for no good reason (not that Harper and Co. mind that!)

It’s pretty obvious that the real ‘disbelievers’ targeted in Harper’s propaganda missive are those Canadians that refuse to believe the crass ‘terror threat’ BS that issues forth on a daily basis from the Canadian department of war propaganda (aka the Canadian mainstream media), the primary purpose of which is to use a trumped-up threat about a gang of Saudi-created (and US-backed) mercenaries posing an existential threat to Canadians to scare Western populations into supporting Western government plunder and control of foreign nations.