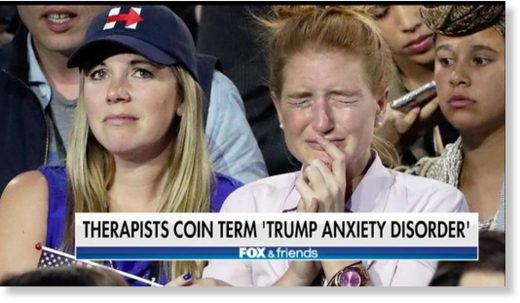 As examples of egregious abuse of power and general immoral behavior in high places, how does Donald Trump’s common or garden sexism (there’s no evidence he’s a racist – calling someone ‘dumb’ doesn’t count) compare to the CIA funding, training arming and generally facilitating the existence of al-Qaeda and ISIS terrorists? It’s an important question that everyone should consider as a means to getting their priorities straight. It’s also important to consider to achieve a more objective understanding of what has been happening since Trump was elected, and why he was elected.

Trump campaigned on an isolationist platform and he explicitly rejected globalism. That appealed to a majority of American people because it promised to ‘put America first’, but it sounded alarm bells in the all-powerful Washington political establishment that has long before embraced an expansionist ideology to ensure American global hegemony and ‘exceptionalism’. These are the people that gave us the catastrophic wars in Afghanistan and Iraq, the Patriot Act, mass surveillance, officially sanctioned torture, and plots to destroy and subvert numerous other countries.

Whether anti-Trumpers like it or not, the fact is that their antipathy towards the current POTUS is not only irrational, it is not even really theirs. It is instead largely the result of manipulative tactics by members of the Washington establishment and the mainstream media who have very different (and inherently selfish) reasons to want to hamstring the Trump presidency.

Admittedly, Trump is not a polished politician. He’s not even a politician. As such, he was not schooled in the subtle art of lying with a straight face and keeping your dirty secrets secret. Many Westerners expect their politicians to keep to the unwritten contract between the people and a leader that a leader must look better than the average person, speak better than the average person, and espouse noble ideals (to which we can naively assume they hold). What the leader then does in private is of little concern, as long as it’s kept secret, even it is amounts to the exact opposite of what they espouse in public. Trump has failed on all accounts in this respect. He neither looks nor speaks like a ‘superior’ human being and his world-view is much more practical than it is idealistic. Hence the feeling of betrayal and anger from a large section of the population. I was treated to an example of this kind of reasoning, after an lengthy exchange with some anti-Trump friends on FB, where one of them summed up their argument by posting the below image of Trump. I fully understood the point (even if I disagreed that it was a valid one). 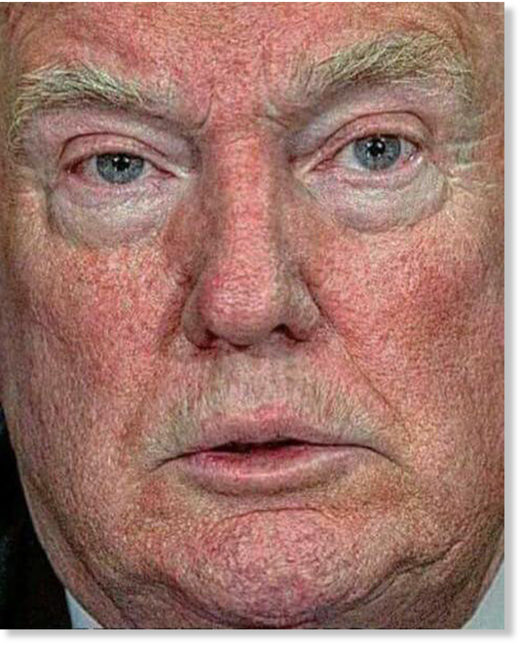 Among other things, Trump is accused of being a liar, yet it is the fact that he does not lie about important things that has provoked the ire of so many in the USA and in nations where the ruling elite have adopted globalist policies. Trump does not lie about traditional American globalism (aka ‘Democracy building’) being bad for the average American and bad for people around the world who are subjected to it, and pretending that it isn’t only good for the Washington establishment. He does not lie that making minority rights the primary goal in any country is a viable political or social development strategy. He does not lie that a nation can have an ‘open border’ policy and maintain social cohesion and a healthy economy.

Consider also the recent news about the disappearance of US/Saudi journalist Jamal Khashoggi who was disappeared by the Saudi authorities in Turkey last week. Chances are Khashoggi is dead, possibly brutally murdered by House of Saud goons for daring to criticize the massively corrupt petrostate. Several Western nations, the US included, expressed ‘concern’ over the disappearance, with Trump threatening going as far as to threaten to “punish” the country. But as usual, talk is cheap, and the US, UK, France, Germany, Spain and Australia (to name but a few) have made it clear that they have no intention to halt any of their pending weapons sales to the Gulf headchoppers. But amid this display of disgusting hypocrisy, Trump’s penchant for telling the truth offered some consolation when he revealed why:

We don’t like [the Khashoggi situation] even a little bit. But as to whether or not we should stop $110 billion dollars from being spent in this country, knowing Saudi Arabia have four or five alternatives, two very good alternatives, that would not be acceptable to me.

While it may not seem like much, this is the first time (to my knowledge) that the leader of a major Western nation has explained publicly why a totalitarian state like Saudi Arabia is a ‘close ally’. Bill Clinton, George Bush, Barack Obama and Hillary Clinton all literally bowed to Saudi royals throughout their terms and praised them for their ‘modernization’. Trump, on the other hand, is happy to spell it out: it’s about money and strategic interests in the region – morals be damned.

In short, Trump’s perspective and ascent to the White House threatens the idealistic world view of many people and, more importantly, through his ‘America first’ agenda, he is perceived as a potential threat to the neoliberal/neoconservative agenda of the Washington elite to secure US global hegemony through ‘humanitarian interventions’ around the world.

So what we are seeing in the USA today is public naivety and emotionality leveraged by, and used in service to, the Washington establishment’s agenda to secure US global hegemony in the face of external competitors, most notably Russia. To date, this ‘unholy alliance’ has produced the clearly bogus ‘Russia collusion’ accusations against Trump, the equally bogus claim that Russia ‘hacked’ the US election, the feckless and divisive Mueller probe and the general anti-Russia ‘hysteria’ that has gripped many Western nations (most notably, and not coincidentally, the UK).

Another notable example of manipulation of the mass mind that coincidentally kicked off as a result of Trump as POTUS is the #MeToo movement. Would the #MeToo movement have even happened if Trump had not been elected? It’s an interesting question. Are we to assume that there were no actionable cases of sexual harassment in the Western world before October 2017 when the #MeToo movement kicked off, seven months into Trump’s presidency? If not, is it reasonable to assume that there is a connection between Trump’s presidency and the #MeToo movement? Is it possible that the #MeToo movement is part of the US establishment’s overall anti-Trump agenda? Are people in Western nations so fickle that, as long as there is no self-confessed ‘pussygrabber’ in the White House, they are happy to turn a blind eye to CIA support of terrorists that slaughter citizens of Middle Eastern and European countries? Are they so vacuous and unthinking that they are content to ignore the obvious fact that the Western media (for the most part) work hand-in-glove with that same ‘deep state’ establishment?

Unfortunately, it seems that the answer to all these questions is “yes”. And if they ever succeed in taking Trump down, you can bet that those same people will instantly forget their half-baked ideologies and happily fall back into the arms of more ‘presentable’ leaders who will tell them comforting lies while they rape, pillage and murder – all in the name of “progress”.