That’s what we all should be shouting today. After all, ‘Bin Laden’ has died several times already, and there have clearly been several ‘Bin Ladens’ over the past 10 years:

First there was this Bin Laden: 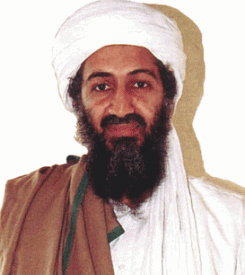 Who got a bit older and sicker and turned into this Bin Laden: 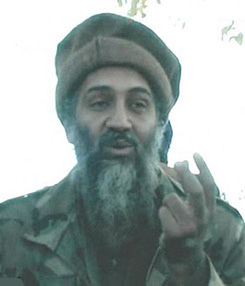 And, for a while, it seemed that the many claims that Bin Laden had died of Kidney failure were probably true. But then, up popped this Bin Laden: 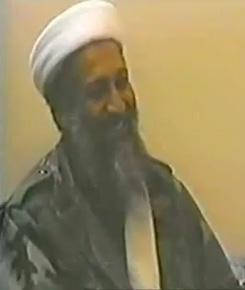 who had words put into his mouth by the White House, specifically words that implicated him in the 9/11 attacks, which the previous Bin Ladens had denied.

Then things went quiet for a few years, but then…after some facial reconstruction and a nice new set of duds, this Bin Laden made an appearance 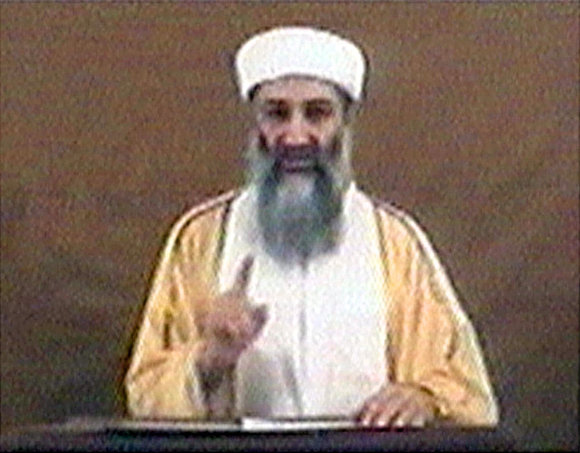 in a video in which his left armed didn’t move an inch. That was a problem apparently, because it took three years and some more facial reconstruction, not to mention a shiny new beard to get this freaky looking dude…I mean, ‘Bin Laden’: 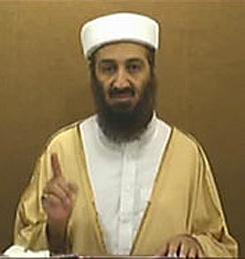 This latest model also seemed to have a problem with his left arm though. But more seriously, when this Bin Laden took responsibility for the 9/11 attacks, the video frames were frozen.

Then a couple of years later we had this Bin Laden splashed across the world’s broadsheets: 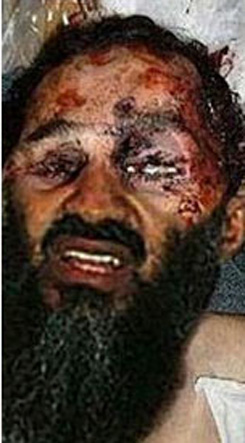 Unfortunately, he turned out not to be the dead Nemesis of freedom-loving peoples everywhere, but rather this unfortunate guy (after a little CIA photoshopping): 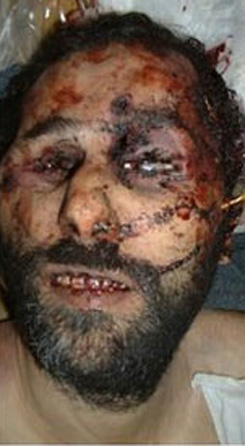 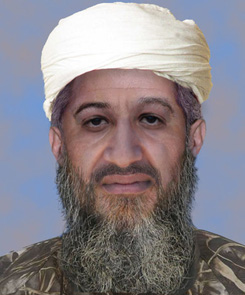 Who turned out to be this guy: 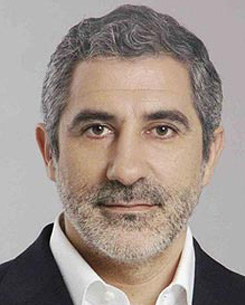 Who happens to be Gaspar Llamazares, a member of the Communist Party of Spain. The FBI initially claimed the image was produced using “cutting edge technology”. It turned out that “cutting edge technology” in the FBI involves a computer, an internet browser with access to Google images and basic Photoshop skills. But in any case, the FBI isn’t interested in any of the above ‘Bin Ladens’ in connection with the 9/11 attacks. In fact, for several years now, no one has been much interested in Bin Laden or his whereabouts, even the smirking chip “truly wasn’t concerned” about him a few years ago.

So why should the back-room boys in Washington dig him back up now and kill him off, for good this time it seems? Bin Laden (and the alleged hunt for him) was used to justify the invasion and occupation of Afghanistan and Iraq, but those missions have now been ‘accomplished’ in the sense that those two nations are now US client states (coincidentally, or not, May 1st was the anniversary of Dubya’s “Mission Accomplished” speech in 2003). A new stage in the American Imperial War of Terror is in the offing and the ‘death’ of Bin Laden provides two important ingredients for that next stage:

In short, it’s all about perception and manufacturing ‘reality’ by molding public perception. The problem being that those who presume to do the ‘reality creating’ are a cabal of decidedly psychopathic individuals with the collective conscience of a snake.

As an aside: If the threats of this mind-programmed patsy end up having any substance to them, you’ll know where to look for the culprits.