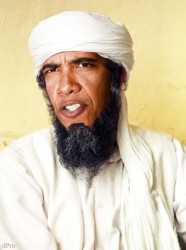 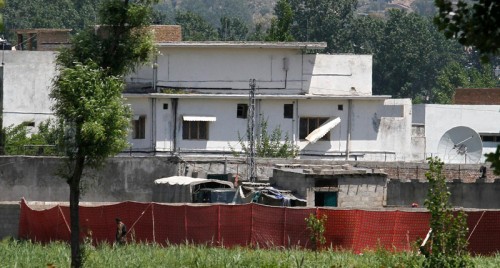 “Images ofÂ  the alleged ‘Osama compound’ reveal a VSAT antenna. The antenna is roughly 3 meters in height, enough to reach over the ‘compound’ walls.Â  What is most interesting however is that this antenna is aimed North towards the mountains when almost all Pakistani domestic antennas are aimed upwards at a 50 degree angle. 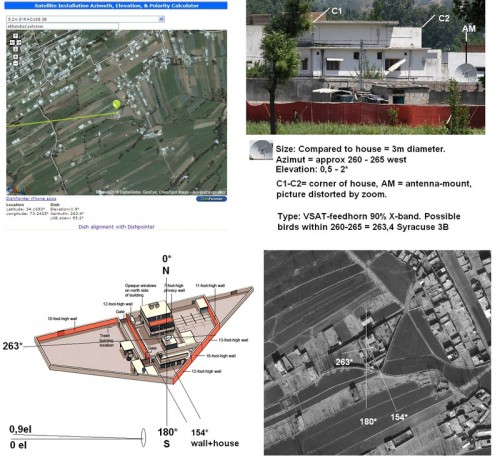 Moving to the attack itself: there is little evidence of any significant fire-fight. As one reporter on the scene noted, â€œThere were practically no signs of a fight when I arrived at the Khanâ€™s family house. No bullet marks punctured the walls.â€ Indeed, the only signs of any action (other than the pictures of the dead bodies) were these images: 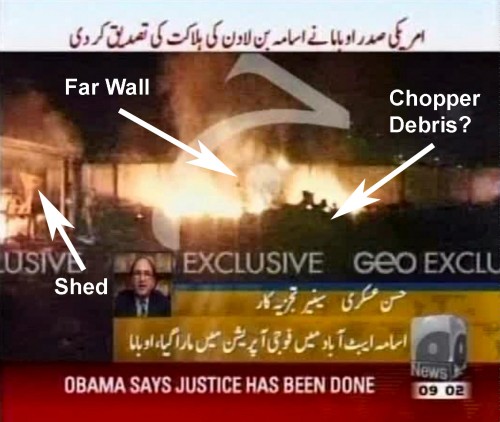 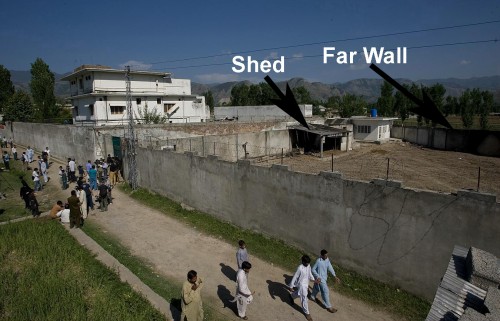 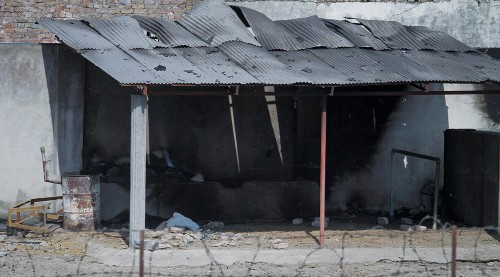 What we are seeing in these images appears to be the result of the downed helicopter that was later carted away on a tractor. The official story of why is ‘malfunctioned’ is that itÂ  “stalled in a vortex created by its own prop wash and the high compound walls”. I know little of such aeronautical matters, but it seems unlikely to me that an advanced helicopter would suffer such a catastrophic failure while hovering over a large area with 10 feet high walls. It also seems strange that it would explode into flames as a result of such a failure. Then again, the official version of events has the Navy SEAL team destroying the helicopter before they left.