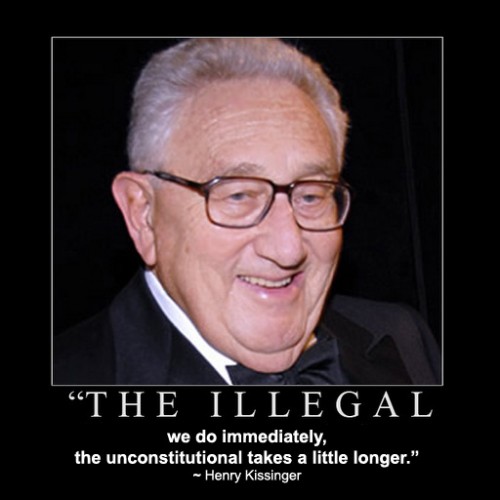 National Security Study Memorandum 200: Implications of Worldwide Population Growth for U.S. Security and Overseas Interests (NSSM200) was completed on December 10, 1974 by the United States National Security Council under the direction of Henry Kissinger.

The basic thesis of memorandum 200 was that population growth in the least developed countries (LDCs) is a concern to U.S. national security, because it would tend to risk civil unrest and political instability in countries that had a high potential for economic development. The policy gives “paramount importance” to population control measures and the promotion of contraception among 13 populous countries, to control rapid population growth which the US deems inimical to the socio-political and economic growth of these countries and to the national interests of the United States, since the “U.S. economy will require large and increasing amounts of minerals from abroad“, and these countries can produce destabilizing opposition forces against the United States. It recommends the US leadership to “influence national leaders” and that “improved world-wide support for population-related efforts should be sought through increased emphasis on mass media and other population education and motivation programs by the U.N., USIA, and USAID.

This memorandum became the core of US ‘foreign policy’ for the next 38 years, and it continues today.

This memorandum explains the Viet Nam ‘war’, the US invasion of Iraq and Afghanistan, the ongoing US imperial rampage throughout the Middle East, and, by implication, the 9/11 attacks as an inside job to provide justification for all of the above.

Note: the “U.S. economy will require large and increasing amounts of minerals from abroad.

And here’s Kissinger being asked recently about Memorandum 200